This is a tough post for me to write; I mean, whilst I want to be honest and open I am also conscious that I do not want to put off first timers.  So a caveat of sorts – everyone has a different experience.  Whilst this is mine, most of my friends are mothers to two children and none of them experienced this; in fact many of them enjoyed only the benefits of glowing pregnancy skin and lustrous pregnancy hair.  Even though my journey thus far has been a rough one, I feel so fortunate to be able to grow a baby and I cling limpet style to the knowledge that the end result is so SO worth it.

The funny thing about the first trimester is that you enter this period of immense change, physically and emotionally, and yet, because of the risks of early loss, you largely keep it to yourself.  That being said, this time around we shared the news with our closest inner circle (aka parents) almost right away – because we were trying (although I was a little shocked how many people have subsequently asked me if the baby was planned or a little surprise) we found out early at five weeks and everything was wonderful.  Hunter was going to be a big brother and there would be the small age gap we had hoped for of just two years.  Having spent most of my first pregnancy dreading what was to come, I was truly overwhelmed with what a positive experience being a mother turned out to be for me and I went from not being sure I wanted any at all to dreaming of a big family with a tribe of small people weaving around my legs (I talk about that more in my ‘Motherhood for the un-maternal‘ post).

My first pregnancy was tough and I remember sitting with the midwife in tears when I asked for meds and she said no.  I felt nauseous every waking moment for around ten weeks, pulling the car over in the street to throw up, not able to brush my teeth most mornings because the toothbrush anywhere past my eye teeth made me throw up, not able to get out of bed in the morning without eating first or, you guessed it, I threw up…  But they say every pregnancy is different and I felt positive.

Soon enough though week six dawned and the nausea set in.  At first it was mild and nothing a regular cracker snack could not fix but quickly, within the space of a few days, it descended into nothing like I had ever experienced before.  The crackers would not stay down.  Water would not stay down.  I could not look at a screen or a book.  At points truly even moving my hand was too much.  I was waking up every two or three hours in the night vomiting.  I was in bed all day and in a dark place.  I had no idea how I could do this for the long haul, already knowing from the last time that I would be looking at a ten week minimum before some form of normality returned.  The husband left for work on the Monday morning and I cried – big, ugly crying.  Even though my mum was there.  I could not look after my son and the school coursework project (creating ten hours of digital creativity lessons) I had scheduled in my planner for that week seemed impossible.  My mum took me to the doctor and by the time I made it in I was shaking.  Tests were run and it was confirmed that I was severely dehydrated – diagnosed with Hyperemesis Gravidarum – the doctor gave me a couple of days to turn things around or she would have to admit me to hospital for fluids.  I was prescribed medication.  Cue me crying again; tears of relief and gratitude for her kindness and the understanding that this was not the sort of ‘morning sickness’ to be cured by a ginger biscuit.  I was dispatched with orders to try ice lollies at least and do my best to keep some fluids down and sugars in and a prescription for Cyclizine.

The Cyclizine did not work.  Two days later I was back, only marginally better, and switched to Ondansetron along with the warning that this was not a permanent fix but might just be enough to get me on track.  And it was.  Hallelujah.  Now when I say ‘on track’ what I mean is functioning…  just.  Still I had to eat something bland every two hours and was waking up in the night – if I tried to get my own food I vomited before I made it downstairs and so the husband was subjected to my punishing feeding schedule as well.  And no, the crackers did not cut it anymore, I needed proper food.  By the time dinner rolled around even the sight of food was enough to turn my stomach, I was so, so full, and some nights I managed less than my one year old.  And yet by bedtime I knew if I did not eat again then bad times were in store.  The curious thing about anti-sickness medication is that it does not cure the underlying issue – so whilst my body was still in full on sickness mode, my head was mostly determined that I was not.  Most of the time my head won and sometimes my body won.  There were many moments when my body would simply dry wretch but nothing would come.

And then three days before my twelve week scan I had a bleed.  Bright red blood and utter despair and a visit to A&E with no conclusions drawn other than everything might be fine…  or I might be miscarrying.  Nothing could be confirmed without an ultrasound and no sonographers were available.  So we waited the most agonising two days not knowing.  I had a lot going through my mind in those hours; I barely slept worrying that somehow the medication had triggered something awful and yet also feeling so terrified because if this did not work out, I could not bare the thought that I had gone through all this for nothing.  I had come so far and felt I had endured so much and it just seemed so close, so very close to that time deemed ‘safe’.  But then eventually the phone call came and the scan was booked and the baby was well.  More tears.  A simple trauma in the lining that would usually have been absorbed had not been and everything was really exactly as it should be.  And honestly the whole experience was such a firm reminder that in spite of the horrors of this pregnancy, this baby was such a blessing and we were so lucky.

Most of February was a write off as the nausea persisted.  And yet this coincided brilliantly with a couple of presentations for my school project which could not be rescheduled.  The husband worked remotely on those days, chauffeuring me the hour long drive at 8am and back again on his lunch break.  I was not safe to drive.  And I did my presentation sitting down because any form of movement made my body considerably less predictable.

The doctor switched me to Prochlorperazine with the promise that this drug would be safe to stay on for the duration of my pregnancy if need be and fortunately I did not decline with the change.  And then gradually, very, very gradually, things started to improve.  I could walk the dogs again, slowly.  I could eat healthier food and then finally, around week seventeen, I felt like myself.  Not exactly like my usual self to be honest but at least some form of my functioning, happy self.  And now, almost at the half way mark, I am down to one of the initial three so heavily relied upon tablets a day and considering dropping the final one too.

I know it might return; it did last time although my mind plays tricks on me now and I cannot be sure if it was a recurrence of morning sickness or simply that there was somebody competing hard for the space in my belly towards the end.  But what I do know from last time without a doubt is that the moment I held that tiny baby in my arms nothing else mattered and the sickness vanished.  When I was in that bad place I felt in so deep with this unrelenting and punishing illness – I could not quite believe my body could perform so poorly in what is essentially a basic situation – I felt betrayed by myself.  But I hope if you are suffering something similar you can take some solace in the fact that it ends.  I cannot promise you when that will be and it might even be nine whole months long but the moment it is done, you forget and it feels immediately like a blip.  Because what you get in return is your whole world.  And I cannot wait.

END_OF_DOCUMENT_TOKEN_TO_BE_REPLACED

I DON’T DO TRACKSUITS 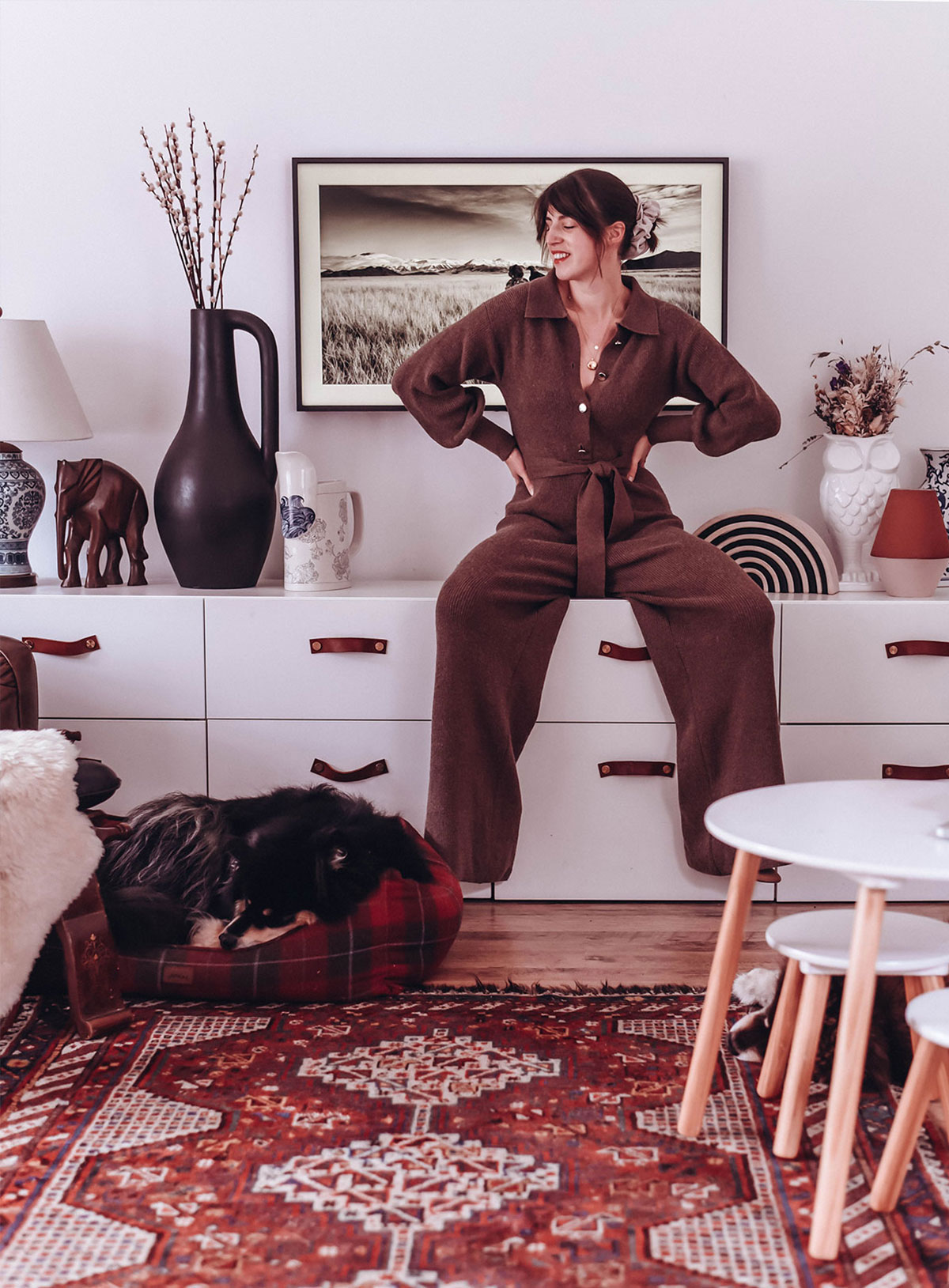