I have been meaning to share a mini review of the Joolz Geo pram for some time but obviously I needed a little time to properly road test him and here we are, at four and a half months in (woah), taking a look at my typical Sunday.

After a frankly horrifying pre baby trip to a large store on the hunt for the perfect pram I left with nothing, not a pram, not a cot, not even a sleep suit – I honestly questioned if I was cut out to be a mother that day, I just could not get ‘into it’ you know?  Turns out I was just looking in the wrong place.  Aesthetics sit high on my list and when I found Joolz on instagram I thought these prams, with their leather detailing and nice lines, were something I could get on board with.  So I’m gonna put this out there, I emailed them and asked for one to review.  That is absolutely not something I do often but prams are not cheap and I figured it was worth a shot.  So this pram was a gift from the lovely folk at Joolz, in that sense, but I definitely ‘chose’ it.

Now I cannot profess to be a pram connoisseur, in fact I have nothing to compare it to but scroll down for my thoughts…

First off, he’s a beauty.  If you’re a fickle, design lover like me then this is the pram for you (the Joolz Day is perhaps even marginally more handsome but with a way smaller basket) – you can choose a variety of different colourways or go all out and customise your own.  I went through the online design process and wound up with a grey fabric body and tan leather detailing that was so similar to the Studio in Gris that I decided to just go with that standard option.  And I love it.  People comment on the pram almost as much as the baby…  and my baby is cute.

The basket is frankly huge.  And I fill it.  I imagined all these shopping trips where I’d be stuffing my bags full of clothes in there but the reality is a lot more like a weekend trip to the local florist and bakery followed by a pitstop at the coffee shop with my changing bag and dog walking coat stuffed in there.  Either way, it holds all the stuff.

It does all the fancy things I would want a pram to do including putting my baby into a lovely deep sleep usually before the end of the driveway.  Win.  But seriously, the handle adjusts up and down, high enough to be comfortable for the husband (just over 6ft tall) and short enough for his mum (a 5ft 2 nana).  I like that the crossbar can be hinged open from either side or off altogether.  The pram base (with seat but not cot) folds up in one motion and it feels strong – this could perhaps be considered a disadvantage as well, I mean he is heavy, but actually I want my pram to feel substantial but you probably wouldn’t be wanting to carry this up and down from your top floor flat for example.  Although it has been some time since we had reason to use it, there is also a built in air vent at the base of the hood for those hot summer days…  remember those?  Maybe these features are all standard, I don’t know, but I like them.

On the road, he steers well and I don’t have any problems manoeuvering in city or country even with two dogs in tow (see Exhibit A).  The husband proudly tells me (and anyone interested, or not) that it has four wheel suspension.  Occasionally I show off and push one handed…

On the flipside, other than being heavy, the only issues stem from that huge basket.  It is so big that sometimes it feels a little in the way of the footbar you use to leverage up pavement kerbs, etc. and when it rains, the basket sticks slightly proud of the pram body and collects all the rainwater…  we artfully created a drainage system in ours with a screwdriver and brut force…  problem solved but not ideal.  If Joolz brought out a basket rain cover I’d be all over it.  That being said though I would not switch this basket for the world – again, it is B I G.  And in the realm of pram baskets, bigger is indeed better.

And for those of you who already asked me on social media about a car seat…  yes there is a car seat travel system and yes we have it, purchased with pennies (ok, a gift from my mum and dad) and I believe it is also beautiful.  You use two adapters to fit it onto the base and, yes, it also sends babies off to sleep.

So, that’s my tuppence worth.  Whilst I cannot claim to be an authority on prams, I am a mother and have been using this pram day in day out since we first got our teeny bundle home from hospital.  And I love it.  If you have any questions fire them my way in the comments or on social and I will endeavour to answer.  For now, I leave you with some shots of our typical Sunday in the village.x 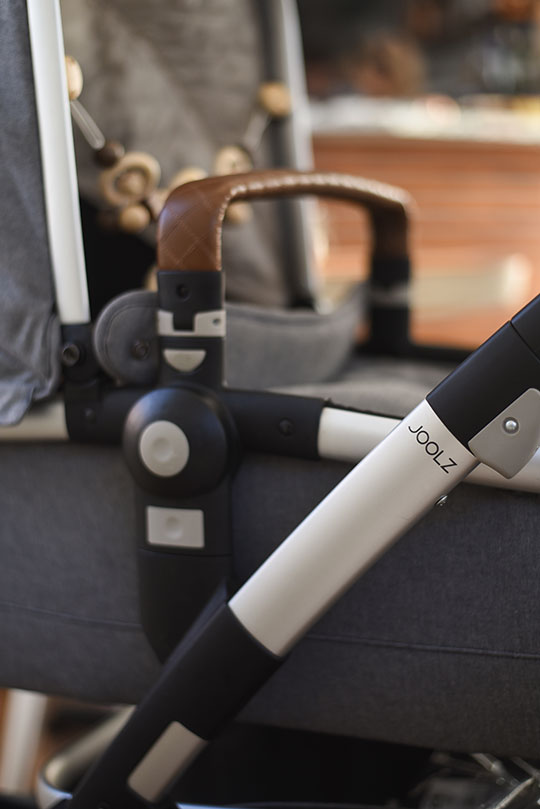 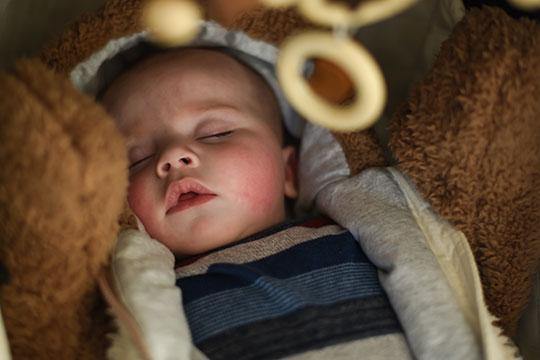